Freeview or Freesat – Which Is Best? 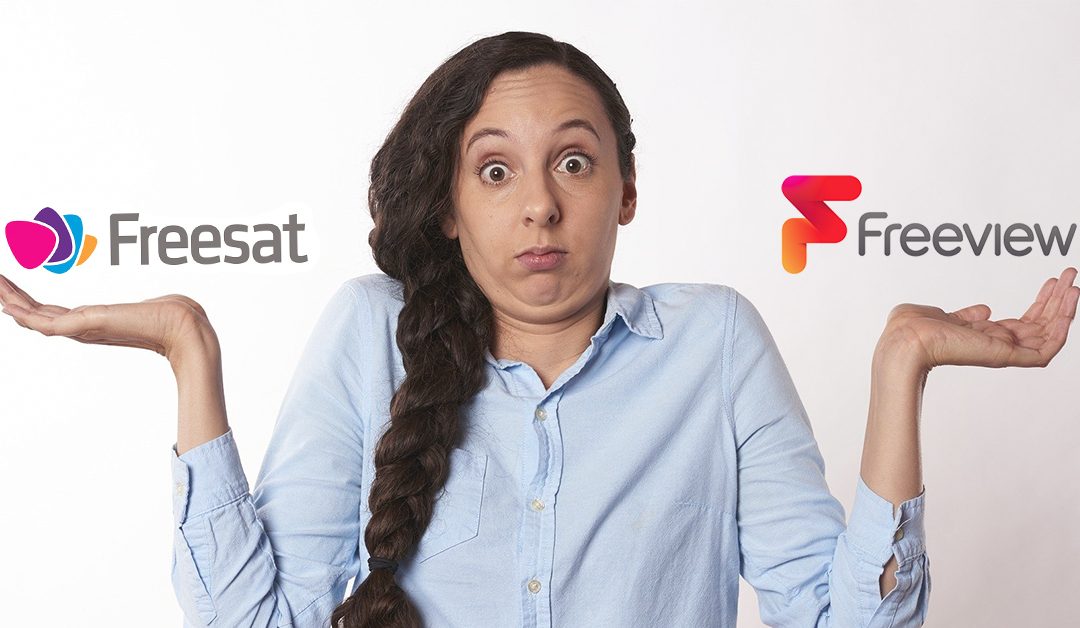 Freesat or Freeview – Which Should I Go For?

You might be in the middle of choosing a new digital TV system and are racking your brain as to whether you should get a Freesat or a Freeview box. While they may sound and seem like exactly the same, there are a few very important differences that you should know about before making your choice.

Freeview is the name of the UK’s digital terrestrial TV service which is delivered to your home via an aerial. It is provided in various ways, ranging from a set-top box, over to a little piece of technology that you probably couldn’t even call a box, over to the inbuilt features that you might have in your smart TV. To get started, you need but to hook it up to your aerial, satellite as well as broadband to take full advantage of a smart TV.

Freeview or Freesat? Freethis or freethat?

Freesat is a free-to-air satellite system that allows an alternative to the Freeview on the digital terrestrial television system. It gives you access to a similar number of channels without a subscription.

So, are you to choose Freesat or Freeview? Here you can get plenty of information that will allow you to make the best decision possible

This is one of the most important factors to consider, although Freeview is indeed available to 98% of the UK. Freesat, on the other hand, has total (or almost total coverage), there are some places in which Freeview is only available with its Lite version, which is a reduced one… on this occasion, freesat could be the best option available.

The number of channels is always changing, normally increasing – on the other hand, Freeview offers over 70 channels with several of these in HD and in the region of 20 radio stations Freesat, on the other hand, offers you a handsome 200 TV and radio channels. This is quite impressive, but you must ensure that the channel that you are interested in comes with the system.

Freesat and Freeview have HD channels on television, so you need not worry about this because there is no difference between the two.

While enjoying the services themselves will be free, you will find that there are some up-front expenses due to the installation. For example, a satellite dish installation can be slightly more expensive as you need to get yourself a satellite dish and then pay the cost of installation on top. The cost of that is however compensated by the amazing choice of channels that you will receive as a result.

Freeview, on the other hand, needs only a conventional TV aerial and digital TV. If you don’t have a digital TV then an inexpensive set-top box will be required, which will not cost anything more than £30 for a non-recording version, and can be purchased in most supermarkets these days.

Following this article, we hope that with this new information, you should have a much clearer view when decided to install either Freesat or Freeview.